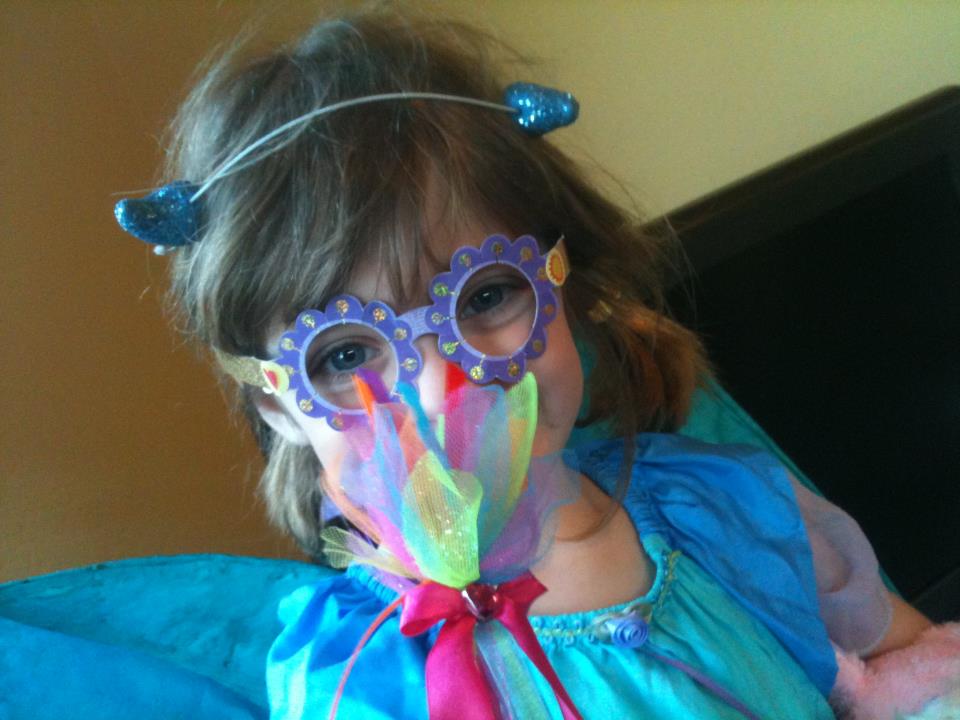 When I was a kid, I refused to wear skirts or pink or sparkles. My favorite piece of clothing was a beige t-shirt that had a slightly peeling sunset ironed on it, and some brown corduroy pants. So, of course I assumed that, were I to grow up and have a daughter, she would be of similar inclinations. My daughter, from the time she could express an opinion, wanted frilly dresses, the pinker and sparklier, the better. She wanted princess shoes and tiaras, nail polish and lip gloss. And I, having had a mother who forced me to wear dresses once a week (days I would sit sadly on the sidelines, watching the boys play football—which I felt I couldn’t do due to my stupid attire), didn’t want to force my daughter to wear anything she didn’t want to wear. So I bought her Easter dresses at TJ Maxx the week after Easter and let her wear them to preschool and run through the mud in them and get paint all over them and be the kid she wanted to be.

As she got older, her obsession with princesses waned, but her fixation on fashion did not. She would get speechless excited about a particular dress; or draw out the rushed mornings before 3rd grade trying to figure out what shoes to wear with her ensemble; or would offer me sincere counsel on my less-than-Vogue-worthy outfits. It’s complicated, raising a girl. How was I going to encourage her interests—and they were creative and colorful and vibrant interests—while still somehow protecting her from the very limiting and often cruel view the fashion world takes of women?

Making, of course. I was afraid that in the fashion world, women were seen only as passive objects to be adorned and forced to conform; but I realized there is more to it than that. I thought of all the iconoclasts and designers and creators of clothes—clothes as art and expression and commentary on a moment in history. My clever, funny, smart, insanely creative daughter could do all those things, be all those things! My daughter in the dress she made

So I got her notebooks to design clothes in. We learned to sew (well, she did, really—I’m still pretty hopeless at it). She got a sewing machine for her birthday. She made herself red felt capes and poncho-shirts and wore them to school. She went to sewing camp and made a dress that she now wears as a long coat (having grown out of it as quickly as kids do). She begs me to take her to the craft store so we can buy fabric scraps. She makes clothes for her dolls and pillows for the cats and snake-scarves for herself.